This story is something that nobody could imagine, but is as real as the girl who died.

The story begins on a Monday. It was a beautiful morning, when a girl, whose name was Hayley, was watching the news.

Later that day, she went to school and as usual, she met with her friend Thalia. They were talking about the shocking news: One of their classmates had been found brutally murdered, and nobody knew the reason of her dead.

The time passed by and Hayley continued doing what she always used to do, and it was obvious, because there was no reason to change the routine: she woke up, went to the restroom, took a shower, got dressed, etc.

But one day, while she was walking to the supermarket, she felt the presence of a shadow following her, but when she turned around, nobody was there. She had a strange feeling and ran home as fast as she could.

That afternoon was the first time I talked to her, and I realized that she was prettier when you looked at her closely.

She was very agitated and when I stopped her, she screamed. I told her not to worry, and I asked her what was going on. She said that, for the last few days, she had had the feeling that somebody was behind her back, all the time. She also said that maybe it was the spirit of the girl who died, and I told her that there was no reason to believe that. She didn´t reply anything else.

I introduced myself and offered her to take her home and she accepted. It was one of the most beautiful afternoons that I’ve ever had.

The next day, I tried to talk to her at school, but she ignored me. I was a little bit disappointed, so I immediately tried to leave the place because I didn’t want her to see me like that.

It was about a week later that I decided to write a letter to her.  A letter in which I could say that I forgave her for her behavior and then explain everything to her, but instead, I just wrote some words saying how much I liked the way she used to wake up in the morning or the way she used to play with her little sister every night before bedtime. I signed it with a pseudonym and left the paper in her front door.

I thought that one letter wasn’t enough to make her realize how much I liked her, so I started writing a letter almost every day.

One day, I felt courageous enough to go to her house. I waited for her to be alone and then I knocked at the door. When she opened, she smiled and let me in. She apologized for being such a bad person with me the last time we met, and said that she was having a problem the day she ignored me, so she couldn’t talk to me. I told her not to worry, and I told myself that she was such a beautiful angel.

She asked me why I had come by, and I told her that I just wanted to see her and talk to her.

Hayley asked me if she could tell me something, I was going about to answer, but she didn’t wait and started talking:

“I’ve been receiving tons of anonymous letters, and I don’t know what to do. I told to my mom, but she didn’t do anything. I’m scared because on the letters, you can perfectly see that somebody has been following me for months. I really don’t know what to do, I’m really scared, help me please.”

And then, she started crying.

I hugged her as fast as I could and told her:

“Hey, sweetheart, you don’t have to worry. I’m pretty sure that the person who sends you those letters won’t hurt you, because that person is just in love with you, but he doesn´t know how to say it because he is a little shy.”

She asked me why I was sure about all of that, and I thought that it was my chance to reveal myself, so I said:

“Because that person is me. Since that day, when I saw you watching the news, I fell for you, and I wanted to know every single thing that you were doing every time.”

She got paralyzed for a second, and then, she started yelling:

“You are a monster!”

“Why were you following me?”

Everything she said hurt me, but the last line… that horrible last line…

That was the worst thing that a person could ever say to me. I have my reasons to hate that word, awful reasons. But that’s another story.

Hayley with an angry face……..

Hayley with a scared face……..

Both of us going to the kitchen……

Me hurting her wrists…..

Hayley hitting me with a saucepan…..

Me, a little confused letting her take a few steps back……

Me, grabbing a knife……

Hayley in front of a wall, trying to escape to her side…..

Me, cutting her beautiful neck….

Me, seeing black dots and falling down next to Hayley’s body…

Now, while I am writing this, other images are coming to my mind again:

I’m with a lovely redhead girl…….I’m fighting with her too……I’m cutting her beautiful white neck too…….I killed her too!

Now I know I had seen that girl before; she was on the news, the news  Hayley was watching that day, the day  I saw her for the first time. 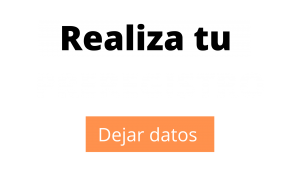